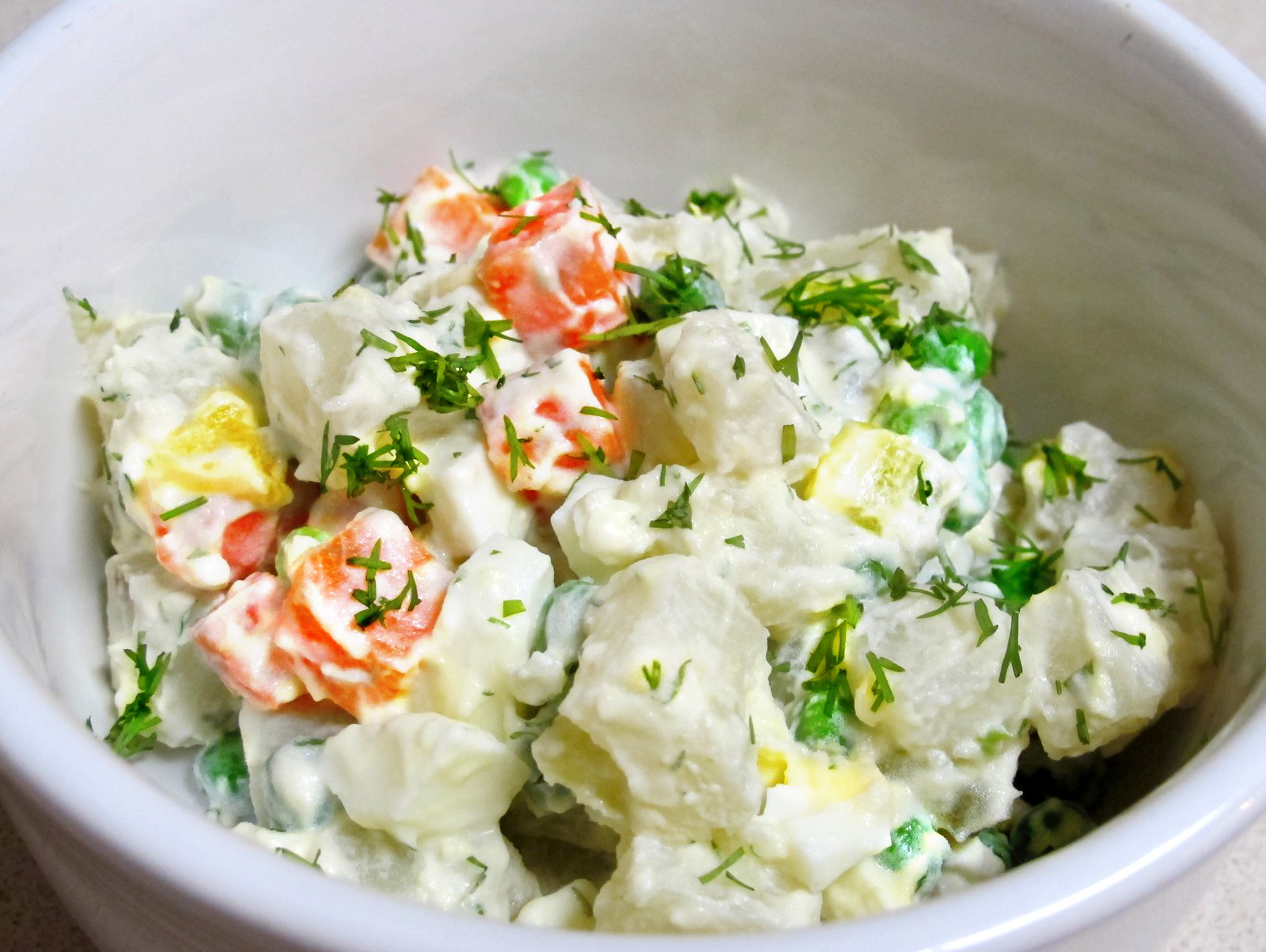 Grandmothers argued over this recipe.

Summer is about putting meat on open flames and otherwise participating in this American activity called “barbecuing.” Here’s our All-American BBQ, Mash-Up Style. This recipe comes to you from Russian-American Mash-Up Alisa Givental, whose grandmothers have plenty to say about salat olivye, or Russian potato salad. This should go nicely with our glorious recipe for Korean galbi and not-sad soba salad.

So, Russian potato salad is called salat olivye. That is a reference neither to olives nor potatoes. It’s a very orderly salad of chopped potatoes and other fixings. There are many important details, though there is some dispute between my grandmothers over the inclusion of pickles and carrots.

I don’t know if the dispute is regional or memory related. One grandma is Moldovan and the other is a Moscovite. The Moscovite grandma started practically crying when I asked her for this recipe, saying, “I barely remember my name let alone the salat olivye recipe!” She proceeded to remember the recipe and call me back several times to give more detailed instructions. But she ultimately took the position that “carrots are not involved, though it would not be terrible to add them.” My Moldovan grandma said yes carrots, and you boil them, but do not over boil them, or the salat will turn into kasha. [Editor’s note: More on this later.]

One grandma advised semi-salted pickles. The other did not. Both grandmothers agree on this: DO NOT OVER BOIL THE POTATOES. Otherwise, as previously mentioned, the salat will turn into kasha. Russians like kasha, a sort of porridge, but it is not salat. I spoke to both of my grandmothers about the recipe, which is as follows. There were no measurements provided, so I’m guessing. [Editor’s note: Does no mother or grandmother in the world measure?] 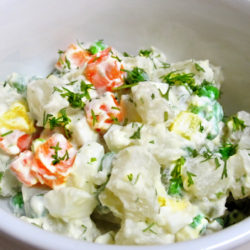 grandma potato recipes russian
Posted by Alisa Givental
Born in Kishinev (Moldova), Alisa spent the first 10 years of her life mostly in Moscow. In 1990 her family immigrated to California as Jewish refugees. She lives in the East Bay with her Cuban immigrant artist husband and their revolutionary dog and cat, Camilo and Che. They host weekly Cuban domino and Texas poker nights, go Russian glamping every year at Mt. Shasta, and and make American Manchego from scratch. 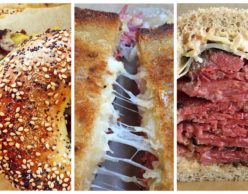 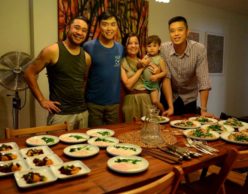 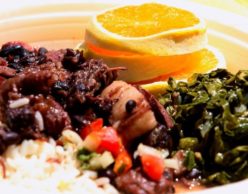