Being Vaguely “Ethnic” In America 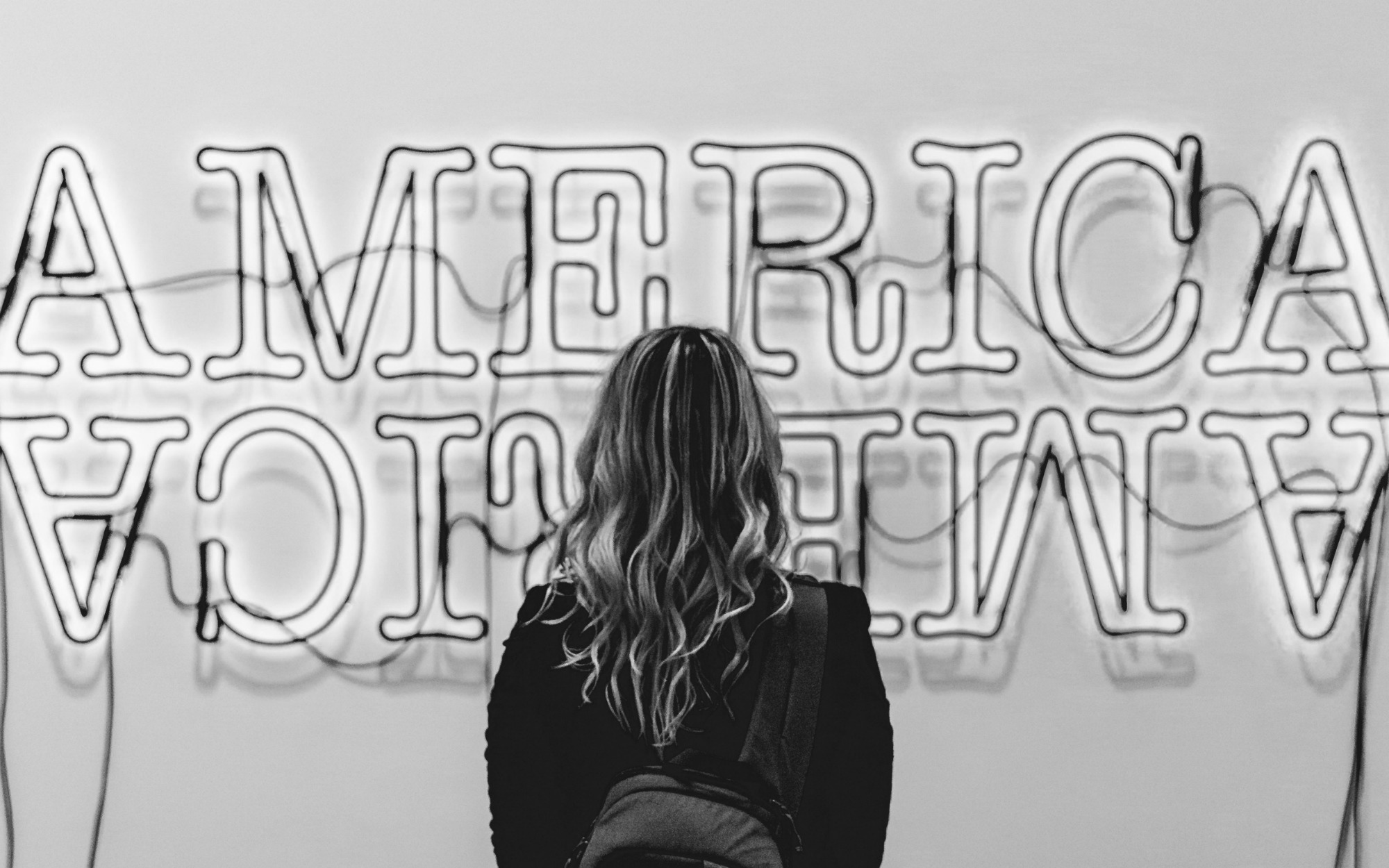 What are the markers of your culture: Those little signifiers that let you, and everyone around you, know that you are part of a larger community? Is it the slang you use? How spicy you like your food? The way you wear your hair? These cultural totems are so simple, of course, until they’re not. Puerto Rican-Korean-Russian-Polish Mash-Up Zoe Correa goes in on curly hair, imposter syndrome, and finally embracing what it means to be fully yourself.

These were the motions of my sacred ritual executed each night. Flat ironing my hair was as necessary as breathing during that tumultuous dumpster fire of angst that was middle school: where everyone desperately wished to be seen–and yet not seen. Including, and most especially, me.

Being altogether and yet never “fully” Puerto Rican, Korean, and Russian-Polish, I ticked so many boxes the heads of those who asked what I was would be sent spinning so fast they’d immediately be sorry for asking. Never failing to be out of breath after delivering that long, hyphenated answer, I’d then be met with a cock of the head to the side and a long, hard, squinted gaze, promptly followed by being called “ethnic” or “exotic.” My almond eyes, olive skin, and full head of curls was a confusing image to plenty in the majority-white suburbia I grew up in. If I was to erase any markers of being seen as Other, stripping my hair of its fullness was the easiest way into acceptance.

Flat ironing my hair became my key to survival, to ensuring that I had a seat at the lunch table claimed by girls who religiously formed a circle amongst themselves at 12:25 PM each day. Their neatly pressed hair draped over their porcelain shoulders which rattled with laughter as they hunched over to exchange the gossip of the day in hushed tones.

It wasn’t until college when I began to store away my flat iron and investigate the very heritage responsible for these curls I desperately attempted to suppress. I began asking my grandfather, who migrated from Puerto Rico to Long Island at the age of seven, how he assimilated to this country — what he had to sacrifice in order to materialize a better life for himself.

Despite having to relinquish so much of his own language, his own means of communication and expression — oftentimes by means of force in the Catholic orphanage he grew up in, where the nuns would punish him and the other brown boys with leather straps and graters for uttering anything but English — there’s a fire within him still.

“I tell all my grandkids, you’re un caballo. Do you know what that means?”

The first time he asked, I shook my head “no,” for Spanish was never spoken in the home.

“No matter what, you just keep going.”

That day, the image that came to mind is of a wild horse, galloping in the wind, her mane following her as she roams an open field.

To begin asking these questions, however, it took a 3000-mile journey to another city, another country. In London, England, during my second year of Acting training at Royal Central School of Speech and Drama, my class had been assigned a new novela by a Nuyorican writer to adapt for the stage. Naturally, I turned to my grandfather for all these questions I had on being Puerto Rican, on growing up in New York. But in London, naturally, as I was the only American, the only Latina, and the only Puerto Rican in my class of seventeen, my classmates turned to me for all their questions:

“Where is Puerto Rico?” one would half-jokingly ask.

And my all-time favorite: “What is ‘Latino’?”

I jumped to provide the answers. Finally, I was being seen. Even if the extent of “being seen” was reduced to me becoming a walking Google with thighs and a full head of curls.

I became a walking Google with thighs and a full head of curls.

The novelty of being The Token Latina wore off, however, and by only the second week of rehearsals, a deep, troubling pang began to throb in my gut. If my impostor syndrome weren’t enough to continually question why I had been included in the one percent of applicants granted access to this elite institution, whose concrete steps to enter the building are casually etched with the names of legendary alumni (Dame Judi Dench, Carrie Fisher, Laurence Olivier, to name a few), I would convince myself that the fact that I happened to check these boxes was the only reason I was accepted in the first place, the only reason I was worthy of being listened to.

I shut down. I wanted to take up as little space as possible: Winding my curls in a tight bun, sitting back in silence during rehearsals when a classmate would ask me how to pronounce a certain line. My professors watched me as I attempted to recede into the background. They were perplexed as to why I had chosen to not contribute to rehearsals, even when, out of anyone in the rehearsal room, I was the most informed on the subject matter not only in theory, but in practice — I was someone who knew what it meant to be Puerto Rican in her blood and bones. And yet, I had convinced myself I knew nothing. That I was a fraud. I truly believed I had begun to hear sneers from my classmates who didn’t believe I was Latina enough for not being able to speak Spanish fluently. Now that I was being seen, or rather, exposed, I wasn’t enough. Further into the background I went.

By the end of that year, we had arrived at our self-devised assignment: Each student would receive a short prompt that articulated their journey through drama school, inspiring a four-minute piece of live performance they would write, direct, produce, and perform themselves.

Once again, I found myself sitting in a circle, desperately seeking approval. Except I wasn’t surrounded by a pack of middle school girls. I was encircled by my tutors, all offering their feedback on my work for that term.

The head of my program, who would lead these “feedback” sessions, handed me my prompt, which she had selected herself. She asked me to read it aloud for my tutors to hear:

“You were once wild here. Don’t let them tame you,” I read.

I couldn’t help but break a smile.

Two years later, my hair is fuller than ever. But the impostor syndrome still seizes me. Again, I find myself walking through buildings erected by giants — George Lucas and Steven Spielberg — as a Screenwriting major at the School of Cinematic Arts at USC. I recoiled whenever my professor would urge us to write from our own experiences. I feared mine own would be too niche. Too specific for anyone to relate, much less care.

It wasn’t until I committed to taking my professor’s advice — after he questioned for many weeks why I wrote what I wrote, why it seemed like I was avoiding the very specificities that make me who I am — that my peers began to sit up, even those who have and will never know what it means to be Latina. They read my messy drafts from start to finish. By affirming my space, bringing to the room how I walk through the world — curls, thighs, and all — I began to move forward.

The image of the caballo in my mind has since evolved into something greater: Not only is the horse in an open field, roaming freely, but she has intention. She heads directly into a world that is full, into a promise of a life that embraces what makes her wild and doesn’t tame her.

Whether it’s the fullness of her belly upon her third helping of rice and gandules made with love by her aunt every Christmas Eve.

Or the fullness of life her grandfather now embraces after having to ditch his rolling r’s for those crisper, clearer, monophthong consonants upon arriving on the North Shore of Long Island from Puerto Rico at the mere age of seven.

Or the fullness of all that it means to be “Latina.”

To the girls whose curls reek of ceramic: You were once wild here. Don’t let them tame you.

Want even more? Sure you do! Sign up for weekly Mash-Up delights.