We’re not in Kansas anymore. 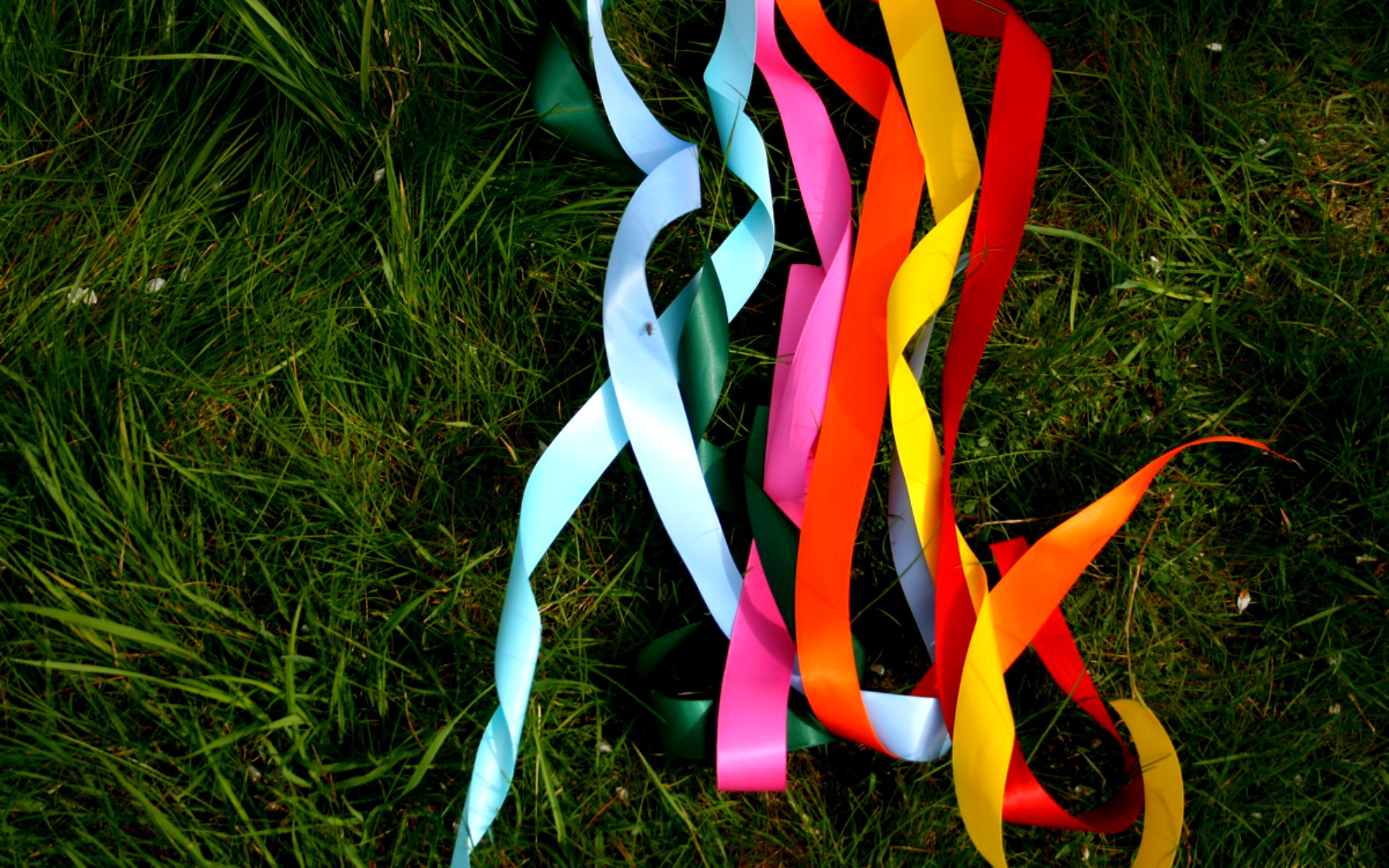 What we believe spiritually is often what we were born to believe. Our faith is as rich and defining a cultural inheritance as our language or our food or our skin tone. But according to a new Pew study, for an increasing number of Mash-Ups, faith isn’t something we inherit: it is something we choose. Misty Bell Stiers, a Sicilian-Scotch-Irish Mash-Up whose family has been in America for generations, sat down with The Mash-Up Americans to discuss her journey from devout Catholic to dedicated Wiccan, who is now raising two children as witches in New York City.

You had a tragedy that turned you away from the church.

I grew up in a small town in Kansas and went to Catholic school, and I did the whole Confraternity of Christian Doctrine thing. I was president of our Catholic Youth Organization group. I was a counselor at Catholic camp. I was very dedicated to the cause. My senior year of high school, one of my friends committed suicide. It was devastating. I spent the next few days with our mutual friends, but eventually we had to start our lives again.

I woke up in the morning and I didn’t know how to go on, so I got in my car and drove to the rectory at my church. I knocked on the door and the priest opened the door. I said “I’m desperate, I don’t know how to deal with this.” If he had said to me in that moment, “I will pray with you,” I think my whole life would have been different. Instead he said, “You should pray for his soul, because suicide is a mortal sin.” And he closed the door.

I remember standing in front of that door and watching everything I had built my belief system on crumble. I knew I didn’t want to be Catholic any more. It took me a long time after that to figure out where I was going. I went to college. I reread the Bible. I started reading about all the major world religions. I read parts of the Torah. I really missed having a pillar in my life that represented spirituality. And then I met a Wiccan. Initially I blew it off, because I thought it was a lot of goth kids and The Craft. But after a few conversations I ended up really drawn to it. 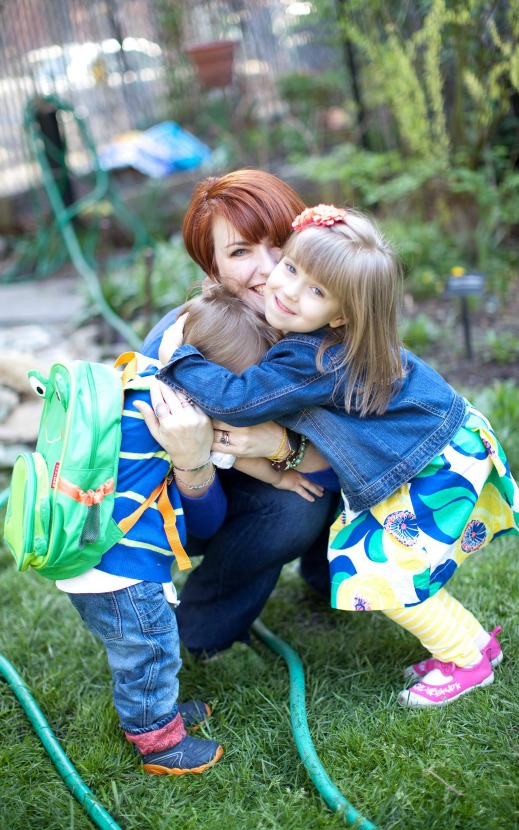 What aspect of Wicca and paganism appealed to you?

I believe there is magic in the world. I believe there are things we can’t explain and those things should be treasured. It coincides with a lot of the religious studying I did, the idea of magic inside of you. Whether it’s saying “I recognize the divine inside of you” by saying “Namaste,” or the Christian sense that god works in mysterious ways, there is something to be said about honoring the magic that makes you, you. I don’t believe in a single higher power or a hierarchy of power. Also, Wicca lets me hang on to all of my scientific beliefs.

What did your family think?

I was very careful not to use the term “witch.” I eased my parents into it.

I moved back to Kansas after college and I told my parents I didn’t want to go to mass, because I felt like it was disrespectful to the church. My parents were good about it, but they thought it was just a phase. I was very careful not to use the term “witch”! I eased them into the vocabulary.

It was hard, especially in the beginning, to miss doing things like going to Midnight Mass. I have very beautiful memories of those traditions that have little to do with the spiritual side and everything to do with my family. Some people in my family have been incredibly supportive. But I also have an uncle who won’t speak to me because I’m not Christian. It doesn’t matter that I’m Wiccan, it’s that I’m not Christian, and I said it out loud. My best friend, who is very Christian, is extremely supportive of me.

Is there an official conversation process to become a witch, like a baptism?

I’m a solitary practitioner. I don’t belong to a coven, so I didn’t “convert,” per say. Different covens have different practices. Wicca as a religion is very home grown. For me, I read the book Drawing Down the Moon by Margot Adler and when I finished that book I felt like I crossed a line and I didn’t want to go back. My faith was reaffirmed when I got married — we had a Wiccan wedding — and when I had my two kids. Sometimes people think they don’t have a choice in what they believe and how they live their life, but those moments for me reaffirmed my choices.

Did you ever participate in a coven?

I went to one coven when I was in college and I went to another when I lived in Kansas.

Wait — there are witches in Kansas?

Oh, there are witches everywhere.

Oh, there are witches everywhere. But a coven wasn’t for me. I do enjoy the pagan festivals, though. I prefer to find festivals for the holidays that we choose to celebrate and we’ll go as a family with our kids. We go to the Pagan Pride festival every year. At Pagan Pride, there are booths set up and lectures so you can go and learn from other witches and paganists. I love visiting this one kitchen witch who makes all these herbs and spices and potions.

What is a kitchen witch? What kind of witch are you?

The kind of witch you are depends on where you find your peace. Some people are witches who do everything. And then there are nature-based witches, kitchen witches, and cottage witches. Nature-based witches find their spirituality in nature. Kitchen witches know a lot about the power of foods, and herbs. There are people who concentrate on the trinity of goddesses, of maiden, mother and crone, which each represent a different side of oneself. I’m a cottage witch. Someone who finds her peace at home taking care of her family.

As Mash-Ups, we define ourselves very strongly in some ways, but we also chafe at having to check a box. How do you deal with that?

We check “Other.” Where’s my box? “Witch” is never an option! I write it in when I can. But things are improving. In 2007 the U.S. military recognized Wicca as an actual religion. If you’re Wiccan and you’re in the military and you die, you can get the Wiccan pentacle on your tombstone instead of, say, the Star of David or the cross. It’s not blank anymore. It’s a huge deal.

Is your husband a witch?

No. We talked about my religion while we were dating, though, I was always honest about it. We actually met at a church wedding and I cracked a joke in the church like, “Well, let’s hope that I don’t burn!” He grew up Christian, but he was never that religious. We had a really nice moment a few months before we got married. He took me to his family’s cabin in Montana. It overlooks a glacial lake and there are mountains and gazillions of stars and he took me outside and he said, “This is my church.” And I thought, that will work nicely to what my church is too.

Did you talk about how you would raise your kids or if he would convert?

I never asked him to. He wouldn’t call himself Wiccan. But the things that I celebrate and honor are all things that he also honors. He is very into protecting the earth and understanding nature and appreciating how it all happens. His mom has asked she could buy the kids a Bible, and we said “Yes, but we’ll treat it as any other book of fiction they have on their bookshelves.” There was never a question that our children would grow up Wiccan.

What are the big holidays for you?

Halloween, Samhain, is a big holiday for us. Beltane is huge, which is May Day. On both of those days it is the idea that the veil between the worlds are thinnest. Similar to Day of the Dead, that the veil between you and your ancestors, between this world and the next world are the thinnest. So on Samhain we talk about the people that came before us and what they had to go through so that we can have the lives we have now. On May Day, and solstices, we talk about balance.

We think a lot about intention.

What’s it like to be a witch in the day to day?

We think a lot about intention. You know, the Wiccan idea of what you put out in the world will come back to you threefold. So in our house everything is about intention. If you’re cooking for someone, you think about them and your wishes for them. You always stir clockwise because it’s a natural motion and creates harmony. If you stir counter clockwise it’s a symbol of going against the grain and moving backwards.

Every day when I braid my daughter’s hair I pray, “Please be safe today, please be happy today.” And I’m a talisman person — certain things symbolize safety or security. I’ll be the old lady covered in bracelets and rings one day and that’s fine.

Is being Wiccan ever tough on your kids?

My daughter, who is six, has had a few hard moments. One day at school her class was discussing stories and using fairy tales as examples, and the other kids named witches as the bad guys. And she said “No, witches aren’t bad, my mommy’s a witch, and she says I’m a witch.” She came home and was confused by the situation. Her teacher emailed me to discuss the incident and I said, “Yes, I’m a Wiccan and I’m a witch. Maybe next time this happens, bring up Glenda, or something.”

Another time a kid was teasing my son, who is four, and called him a witch, not knowing that he actually was one. So he was confused about why someone would think it was a bad word. We talked about it and I told him that next time you can explain that being a witch is not a bad thing. But I’m aware that this is the first conversation we’ll have of many.

How does that make you feel?

It makes me sad sometimes. You want your kids to have the easiest road in life and the easiest road is often to be like everyone else. And they’ll probably get teased or be upset in school because of our religion and that’s on me. I’ve made a choice that is burdensome in some ways, and that’s heartbreaking. Ultimately, I hope paganism gives them a perspective on their world that gives them peace and empowers them enough that all of the little moments that happen in between make it worth it. But there are days when I feel bad about it.

Does it make you doubt your faith?

No. I’m doing the best I can. I also feed them carrots and take good care of them. I’m hoping that as they gets older we can have more conversations about the wider world in a way that they can understand and they can see how being Wiccan fits into that. Hopefully they feel they fit in there too.

Amy is co-founder and editorial director of The Mash-Up Americans. She specializes in getting people to tell stories they never expected to share. She's mom to two Korean-Colombian-Mexican-American kids, aka The Future of America. You can follow her @awesomechoi and find her in Brooklyn.