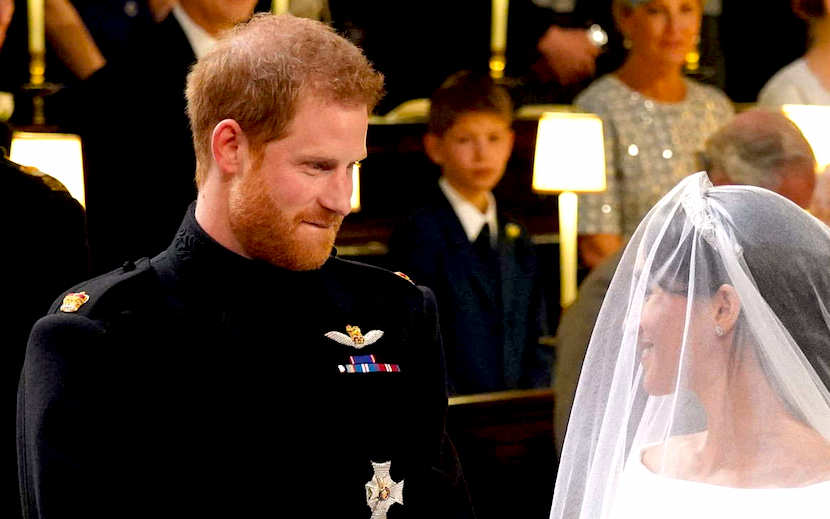 The lip bite heard 'round the world.

The week of May 19, 2018 was procrastibaking; dividing Mash-Up HQ between Yanny and Laurel; and being the last in the world to try microdosing. It’s for our health.

We are sending our prayers to the students and families at Santa Fe High and our money to Everytown.

Children Of Immigrants Prop Up A Symbol Of ‘Frenchness’: The Baguette

There’s nothing more French than the baguette, and there’s no one better at making baguettes than Mahmoud M’seddi, a son of immigrants. At this year’s Festival of Bread, immigrants were disproportionately represented — nearly half the bakers had “distinctly un-French” names — but it’s not the name that matters, it’s the excellence of the product and the hard work. Immigrants. We get the job done.

The Making Of Meghan Markle

Meghan Markle is our first Mash-Up princess of the royal family, but the world wants to know — is she going to be the first Biracial Princess, or the first princess who happens to be biracial? Who says she can’t be both?

N.J. Schools Among The Most Segregated In U.S.

But a lawsuit could change that. Almost 25 percent of New Jersey schools have student enrollment more than 90% white or 90% non-white, which = desperately segregated. Now, a complaint is tackling the root causes that allow school segregation to continue, and it has everything to do with another type of racial segregation.

In A Quiet Place, Millicent Simmond’s deaf character isn’t an afterthought, she isn’t an inconvenience, and she isn’t even an inspiration — she’s a person. Elevating the entire project, Millicent Simmonds adds dimensionality to her character, providing depth that a hearing actor could not, and setting a precedence that Hollywood shouldn’t ignore.

What Is Armenian Food? Depends On Who You Ask

“I don’t think culture is static. Culture always changes…Food is one of those things about culture that is the easiest to transform and change.”

From pilaf and kharpert kufta to potatoes and borscht, “authentic” Armenian food is a matter of opinion and a topic of debate — and we need to explore Armenians’ complicated history of wars, genocide, kingdoms, and conquerors to get to the bottom of it.

Too poor to be middle class, not poor enough for poverty, the forgotten group caught in-between is “ALICE”: Asset-Limited, Income-Constrained, Employed. Folks in this group can’t afford rent, transportation, child care, or a cellphone. They’re also 32% – 49% of each state’s population.

When Larry Kimura Was Young, The Hawaiian Language Was Dying. Now, It Thrives.

Kimura is the “grandfather” of the Hawaiian language. Thanks to him, there’s a new Hawaiian “renaissance,” with young people looking inwardly at their Mash-Up culture and embracing it, spreading the language wherever they go and passing it onto the next generation.

What An Inclusion Rider Can Do

You may have first heard “inclusion rider” when Frances McDormand used those words to end her Oscar acceptance speech — but Ryan Murphy (of Glee, American Crime Story, and oh so many more) has been ahead of the game with his hiring system. “Half” gives women, minorities, and LGBTQ people a foot in a door that’s too often locked to them.

The Radical Self-Reliance Of Black Homeschooling

Homeschooling isn’t just for conservative Christians and government skeptics teaching their kids that the South won the Civil War. In Baltimore and throughout the country, it’s an opportunity for Black families and communities to find empowerment, escaping school systems that would stereotype, mistreat, and miseducate their children.

After Racist Lawyer Goes Viral, The Internet Is Sending Mariachis To His New York Office

Earlier this week, Aaron Schlossberg’s racist tirade in French Kitchen ended up on all our Facebook feeds. Lucky for him, he’s now got an internet ready and willing to educate him — by throwing a big fiesta outside his building and sending a mariachi band to his offices.

“We are requesting the band to sing the famous, endearing. and warm Spanish [children’s] song “La Cucaracha,” the cockroach. We are countering hate and racism with the sound of music. Any leftover money will be used to send a delicious taco truck lunch to the staff and a copy of all federal and state statutes mentioning undocumented immigrants do not qualify for welfare.” 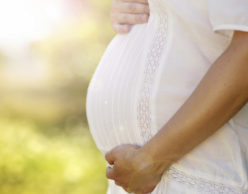 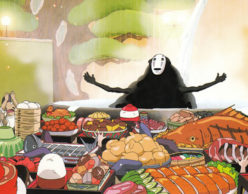