The week of April 17, 2021 was regrowing our brains; falling in love with these whales; celebrating San Francisco finally becoming a real city; yes, THAT popcorn salad; and going up with the titos and manongs.

Why This Keeps Happening In Minneapolis

Minneapolis organizer Toussaint Morrison has been leading marches and protests in the Twin Cities since George Floyd’s murder. They continue in the wake of Daunte Wright’s. Why does this keep happening, what is happening now, what needs to happen next?

These travelers bring an aromatic carry-on: lots and lots of deep-fried chicken. The airport locations of Pollo Campero are open, and Operation Chicken Airlift is back on!

The U.S. Faces A Boba Shortage That May Last Months

Not a drill…a massive shipping backlog is causing an unavailable boba crisis. Please! Use this as an opportunity to broaden your tea topping tastes with coconut jelly, red bean, or (the most superior) cheese foam.

‘Crash’ Has Influenced A Generation Of Stories About Race

We love to clown on “Crash,” but as the 2006 Best Picture winner ages worse each year, its worst faults have stayed as relevant as ever.

“For Native Americans, there can be no better remedy for the theft of land than land. And for us, no lands are as spiritually significant as the national parks.”

This Pen Pal Program Is Reminding Disabled Girls Of Their Power

Whether you’re six years old or 31, the Disability EmpowHer Network works to connect disabled girls with successful older counterparts, providing them with a mentor and example of a thriving disabled adult.

Plus, this journalistic gem: “We are one foot away from 1984.” After a moment, though, he offers a sizable qualifier: “I never actually read the book, so I don’t know all the themes of the book.”

The Unlikely Rise Of The French Tacos

It’s not just baguettes and escargot — French cuisine changes like any other, epitomized by the cheese-sauced panini, kebab, burrito mash-up that is French Tacos.

Changing Language: On Pronouns And Grammar

The case for embracing neo-pronouns and other “made up” words into our ever-evolving language.

NFT, SPAC, And The Future Of Money

Non-fungible, memeified, cryptodenominated, and degenerate. The finance world has been particularly weird lately, right? Spoiler: The economy has always been weird, because humans have always been weirder.

Do The Golden Arches Bend Toward Justice?

This episode of Code Switch: Explore the surprising link between Black capitalism and McDonald’s.

Large groups of asylum-seekers are being dropped in tiny rural towns that lack the resources to support the new community members. Here’s how Border Patrol policies are straining human aid networks in one of the deadliest areas along the border.

boba hmart national parks whales
Posted by Team Mash-Up
Team Mash-Up is the brain trust of smart minds and savvy creators, that builds all the cool stuff you see here. 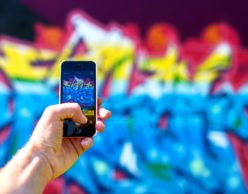 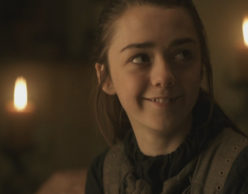 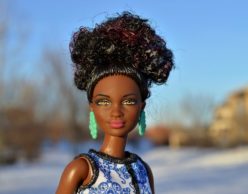