Miss us with this trend. 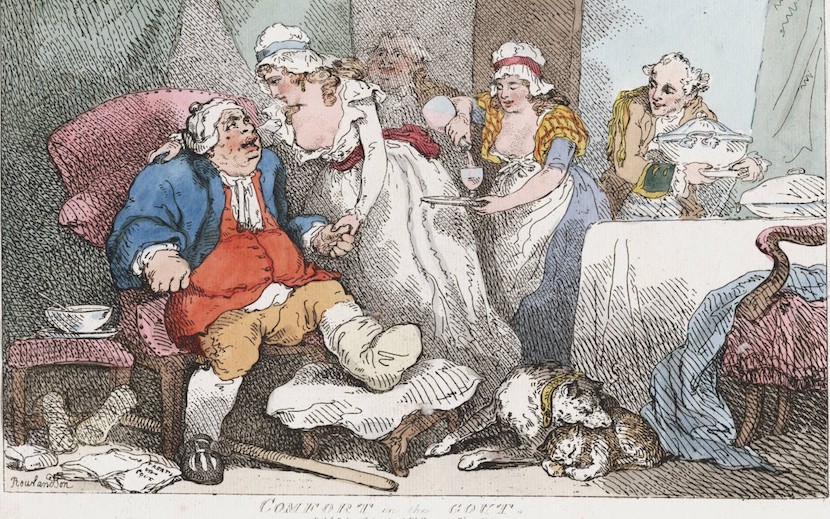 The week of January 5, 2019 was back to school for some D+D action; Bey and Jay go vegan and want us to do it too (NOPE); and god bless Ronny Chieng, international treasure. The way we do it is normal, people!!

EMTs are often the first line of medical care we get. And they are also human, which means that research has shown that unconscious biases affect the treatment they give. For example, they are much less likely to give Black patients pain medication than they are white patients.

More dire than cancelled trips to national parks, Native American tribes across the country have found their functions crippled without federal funding — funding guaranteed through treaties with the U.S. government.

We know you’ve been bingeing Patriot Act by our very close friend Hasan Minhaj, but there’s one episode that’s been banned in Saudi for criticizing Crown Prince Mohammed bin Salman, AKA the person widely believed to be responsible for the murder of Washington Post journalist Jamal Khashoggi. The banned bit is still on YouTube. Let’s all watch it, eh?

A Brief History Of Cheddar Cheese

How did cheddar rise to be King Cheese? What makes cheddar cheese so distinctive from its queso brethren? What is “cheddaring”? We’ve got so many questions about the cheese we all take for granted, and this article has the answers.

The Faces Behind Transgender Troops’ Struggles For Acceptance

With the uncertain fate of the ban on transgender members of the armed forces, it’s essential we see and understand the lives and people who might be denied their right to serve. These are the faces of our American military.

Gout Is Gaining On Wellness

Gout is the new American status symbol of the late 2010s, and we are … not here for it, but also happy to be off the “clean eating” train. Why gout? A rebellion against the goop-ification of the world, rising obesity rates, and, ironically, a fad diet pendulum swing that has slender keto and paleo followers packing enough fat into their diets to eat themselves into an ancient disease.

It’s not just offering different shades of foundation and blush — Mash-Up women and their skin have specific challenges from hyperpigmentation to pore and sebum maintenance. One common denominator? Obviously Black Don’t Crack and Asian Don’t Raisin but also everybody slather on that sunscreen, k?

“For my family, love has always been like playing a game of catch in the dark. We all reach out to each other in our own ways, but we stumble over our words, groping for meaning in the space between our cultures.”

Frank Shyong, one of our Mash-Ups To Know, says all the words.

What To Know About Surviving R. Kelly

This stunning documentary detailing the abuse allegations against the singer questions why, with decades of evidence and reporting, R. Kelly’s popularity and music sales remain relatively unscathed. We’re not big into trigger warnings, but … major trigger warning here.