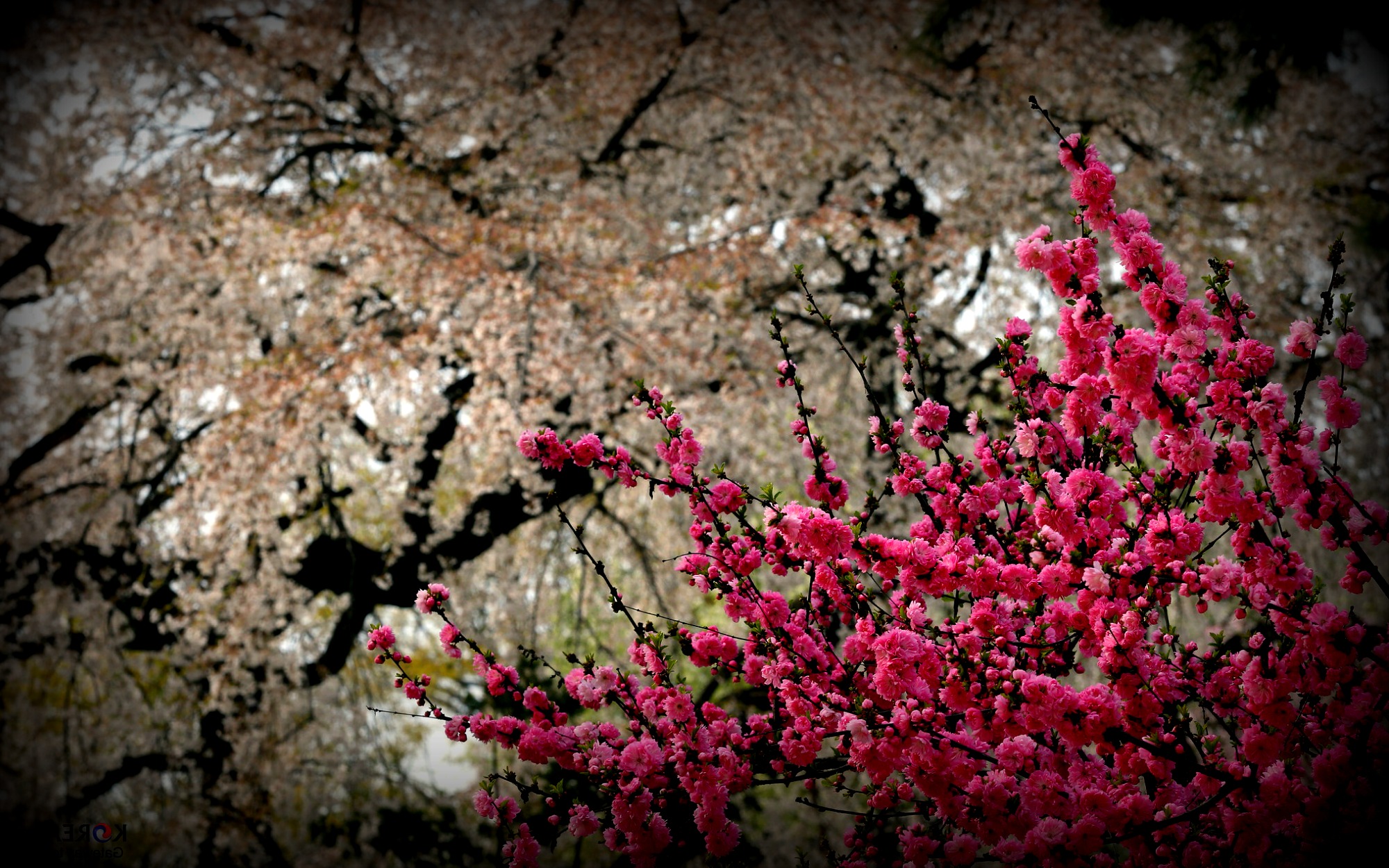 We don't all look alike, until we do.

Traveling overseas as a Mash-Up is tricky, particularly for an immigrant going “home.” Where is home? Is it where you live? Where you grew up? Where your cultural and ethnic traditions are rooted? Of course, digging into the idea of home often means revealing the biggest question of all: Who are you? Our Korean-American Mash-Up Helen S. Kim tackles these questions and more. And yes. Your answer can be all of the above.

When I first moved to Seoul, I couldn’t tell my coworkers apart. They blurred into a sea of black hair, brown eyes, and varying levels of English language proficiency. Only after a month or so was I able to see that Miss Pak in HR had dimples and a perfect complexion, while the other Miss Pak, in Cultural Affairs, had long lashes and eyes that tilted down at the corners. Miss Lee in General Admin spoke with a slight lisp and favored feminine skirts, while the other Miss Lee, in Accounting, wore round, wire-rimmed glasses and sported a girlish ponytail most days.

Little by little, the picture sharpened, until I could hardly believe I had mixed people up at all. But for that first month, I kept thinking, “My god, I’m such a racist. Everyone looks the same to me!”

The sad thing? I’m Korean too. I was even born in Seoul, and my ancestors all hail from that little rabbit-shaped peninsula, hanging off the continent of Asia. But I grew up in the U.S., so when I moved back to my birthplace for a two-year gig in my twenties, I was blind to all the markers one uses when everybody has the same color hair and eyes. Everybody, including me.

Before moving to Korea, I didn’t know how freeing it would be to look like all the other people on the sidewalk, on the train, in the café, in the store. It’s a delight, in a way — the delight of anonymity. Of belonging. My face keeps me hidden in plain sight in Asia, a secret interloper.

In the West, meanwhile, my face acts as a beacon. “Konnichiwa, China girl. Ni hao, ni hao.” I used to try to correct catcallers: “Actually, I’m Korean.” Or, “Actually, I’m American, you asshat.” I met a Korean man once in Europe, and he said, in a wondering tone: “Your face is like my people’s face, but your voice is not.”

No, my voice is not that of Korea, which is why I get irritated when someone sees me but doesn’t see me. Example: A white woman asked me once, “Have you read the new Chang Rae Lee novel? I was wondering how you felt about it, as an Asian American.” I understood why she asked the question. She really wanted to know if, by being the same ethnicity as the writer, I had any special insight into the story. But I can’t speak for all Asian Americans. Should I have asked her how she felt about the gazillion and one white authors I’ve read? Did she have any special insight, as a white person?

That’s the thing about being a minority — you get singled out because of how you look. But to be honest, I notice faces too. When I’m home in New York, whether I’m walking in the park, sitting in the doctor’s office, or cruising the grocery store aisles, Asian faces jump out at me. My eyes linger a second longer than on other faces. I do the same when I’m watching TV, and an Asian actor appears onscreen, be it for a commercial or a show. I’ve done this for as long as I can remember. I even remember the first time I saw an Asian face on an outdoor advertisement. I stopped on the sidewalk and stared. “Wow,” I thought. “They acknowledge we exist!”

But in Korea, faces like mine don’t just exist — they dominate.

But in Korea, faces like mine don’t just exist — they dominate. And while working there, as long as I kept my mouth shut, I could blend into the group. Invisible. Part of a whole. Koreans aren’t shy about staring, and I cringed whenever I saw a halmunee stare openly at, say, a Black person sitting on the train. I was glad that I did not stick out, that I could hide in my skin, out in the open. Maybe this is how white people feel in the U.S.?

On the inside, though, I always felt like I was on the verge of being discovered as a fraud. I barely knew Korean back then, and definitely didn’t understand the Confucian hierarchy embedded in the language. It requires you to gauge the relative position of the person you are speaking to, and the relative formality of the environment. Not easy for a “foreigner.”

Opening my mouth was a surefire way to destroy my disguise. Early on, I thanked a colleague who complimented my coat, and everyone in the elevator laughed. “That’s the way you thank someone if you’re a princess or something,” my friend explained. “Not the way you thank a friend.” The same friend gently corrected the way I bade my coworkers farewell at the end of the workday. Never having worked in Korea, I had hesitantly said goodbye to everyone on my first day — but not the right goodbye. “I could imagine you saying that to your grandmother when you left her house in the morning,” my friend said, smiling. “It was so cute.” Then she taught me the proper salutation to use when leaving the workplace.

It didn’t help that I couldn’t pronounce or remember people’s names. I didn’t understand jokes or cultural references.

Meanwhile, I found myself noticing certain people. White people. On the subway, in a busy intersection, in a bar — anywhere I saw a white face, I had the same internal reaction: Hi, White Person! Are you American? I’m American too! We might be from the same city! We might know the same people! Over here! Me! The short girl with black hair and brown eyes! Oh, wait. Everyone around us has black hair and brown eyes. Well, I’m different! I’m American! Let’s strike up conversation! Don’t you see I’m just like you? Oh. You’re looking somewhere else now. You didn’t notice me, did you? You didn’t see me after all. You just saw another Korean person.

I couldn’t blame them. But the experience, repeated almost daily, wore at me. I hadn’t harbored any romantic notions about returning “home” to the country of my birth, but feeling so out of place was not something I’d expected either. I could pass as a member of the majority, but I wasn’t. I was like any other foreigner, except for my face. And my face prevented people who were culturally most like me from seeing that we shared something in common.

Almost a decade after leaving Seoul, I returned to Asia to live in Hong Kong for two years. I experienced the same hopefulness, the same urge to connect with Americans in another part of Asia. By this time, though, I’d accepted that I couldn’t wait for someone to notice some invisible, ineffable American-ness about me. Now I know I have to make the first move if I want to make friends with people from home. I have to open my mouth. I have to relinquish the delightful anonymity of being in Asia, and act like the American I am. And that, too, is delightful.

We believe: Home is where you find happiness. Our proof:

Where Do You Feel Most at Home?

immigrant korean language travel
Posted by Helen Kim
Helen S. Kim made her Korean immigrant parents’ dream come true by graduating from Harvard Law. She then horrified them by leaving her law firm job to write. She is raising a set of Korean-Italian-Irish-American Mash-Up twins with her husband, Michael. Helen skulks around on Twitter as @TheMeanFlower. 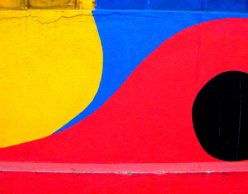 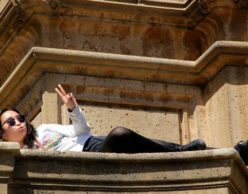 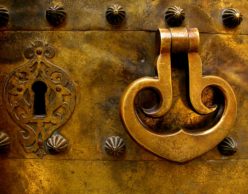 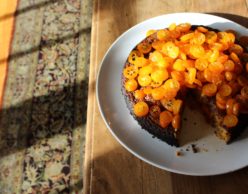