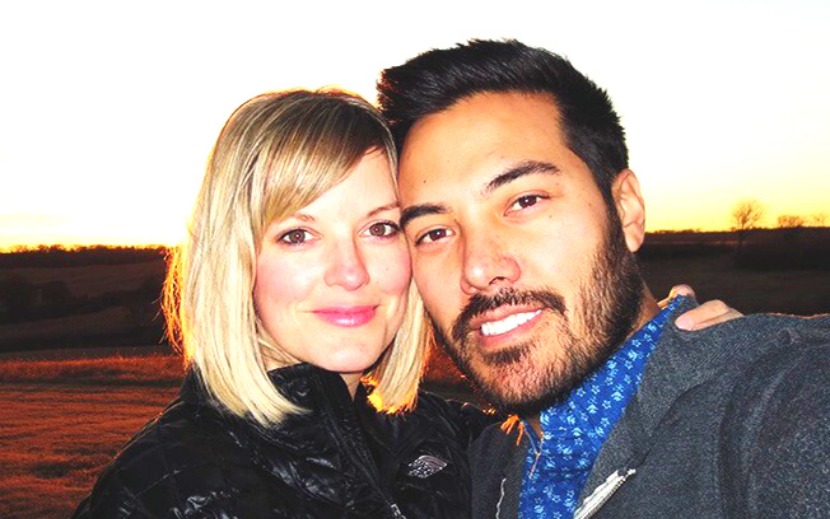 As a Mash-Up, what happens when you marry pretty much the opposite of a Mash-Up — oh, say, a white blonde lady from Oklahoma — and it turns out your America is very different from her America? How do you share with someone whose family has been in this country for generations, who looks like an “American,” whose parents’ native language is English, what it means to have become an American, like, yesterday?

Meet our dear Mash-Up Duane Fernandez, first-generation Danish-Filipino-American, who shares what it’s like being married to a white woman: the marvelous Rebecca Fernandez, nee Parks, an American Southern lady with roots in English and Native American cultures. Welcome to life in a modern marriage.

The Mash-Up Americans: How do you mash up?

Duane Fernandez: I am a first-generation American, born into a very “I Love Lucy” style family. My mother is from Denmark and my father is from the Philippines. I was raised in Hancock Park, Hollywood, Calif. My parents divorced when I was in elementary school and they coincidentally both wanted to return to their native land. A few years later, I found myself living in Denmark and then the Philippines. A majority of who I am today was developed while traveling during these formative years; it was a very difficult and challenging time — having to adapt quickly into two very different opposing cultures and lifestyles.

I went to an international school where I met many other multinational kids, and I remember being so inspired. Here I was in a school with hundreds of mash-up kids who were all from different countries living in a foreign land trying to find themselves. Being an existential teen in a foreign land with a bunch of kids who were ALL going through very similar experiences left an impression on me. I met my lovely wife, Rebecca, in Oklahoma. We’ve had 100% different life experiences and we continue to find each other endlessly fascinating. She’s blown away by my urban and international upbringing, and I’m obsessed with her tiny town where everyone knows everyone else’s business. We now live in Los Angeles, home to people from more than 140 countries speaking 224 different languages, perhaps one of America’s greatest mash-up cities!

Do you ever catch yourself explaining something to Rebecca about what it is to be a minority?

There have been a few times where we see something or hear a story of racism and I share a personal story with Rebecca and it surprises her that I’ve experienced something like that, that people are so ignorant. She says she can’t understand why anyone would ever be mean to me.

What have you learned about culture in America through her lens?

Language, grammar and folk music. First, language: One of the best things about growing up in a home where both of your parents are from different parts of the world is the clash of idioms and phrases and the lack of awareness or understanding of American idioms and phrases. My mother always called ladybugs “ladybirds” and I had no idea I was wrong until repeating this at school. [Editor’s note: Grab any balls lately?] Second, grammar: Somehow, through the grace of god, I was able to figure out how to speak English. To this day, I’m still learning how certain words are actually spelled, pronounced and strewn together. It’s comical how many things I’m still learning. It’s convenient being married to an editor.

But the greatest thing Rebecca has taught me is how absolutely incredible the banjo is. She plays it, you know. It’s why I fell in love with her! She also introduced me to all things folk, including Woody Guthrie, who is from her hometown of Okemah, Okla. Woody has had a tremendous impact on my life and he’s one of my favorite things about this country.

What were the big mash-up subjects you discussed before you got married?

Obviously, Rebecca’s family is absolutely different than my family, especially the dichotomy of my parents’ cultures. Specifically, I shared with her the expectations of the Filipino family, which are very difficult for me to understand because I wasn’t fully raised within that family structure. But I’m very aware of it. To put it very simply: Filipino children are basically supposed to be at their parents’ beck and call. Forever. I had to let her know that this is a thing that exists in the world, and that I don’t necessarily abide by it, so there will be guilt. I think she feels the guilt more than I do, now, where my family is concerned. [Editor’s note: Welcome.] Another thing we discussed was that our kids might not look like Rebecca. When I was growing up people sometimes asked my blue-eyed, blonde mother if I was adopted. I remember that being a weird feeling.

It’s interesting that she’s taken on the guilt that comes with being a Filipino kid. Has she done so more than you have?

I think so, but she also has parental guilt. Already. She comes from the southern Midwest, where respecting your elders is something you never, ever question. I’m not sure I’ve ever heard her say no to her parents, and she is constantly striving for their approval. I think I’m at a place where I can say, “No, that doesn’t work for me,” to my parents and be confident in it, but it makes her very nervous.

Do you ever feel guilty that you’re not making little Filipino mini-mes, or that their Filipino -ness might be diluted?

Haha. That’s hilarious. I’ve never thought about that. I remember meeting one Filipina in college and she mentioned how she thought it was so disgraceful that I didn’t date exclusively Filipino women. Up until that moment, I didn’t know that was a thing, and found it so ridiculous. I had no idea there was supposed guilt associated with not having little Filipino mini-mes. I’m only 50% Filipino, anyway, so I guess this question would be better suited for my father and mother who decided this mash up was a good idea in the first place. [Editor’s note: It appears we are projecting.]

Interestingly enough, people feel very passionately about us having babies now! It’s crazy! People see a brown guy and a beautiful white blonde girl and they just want us to have babies. As soon as possible. Lots of them.

How do you two get through the basic craziness that is being a Mash-Up in America?

Laughter. The funniest thing we noticed while living in Oklahoma was that, almost always, when we had a meal together at a restaurant the server would ask if wanted separate checks. Even after we were married. Amazing. We’d almost forgotten about it until we were visiting over the holidays and it happened at dinner. We of course died laughing.

What do the separate checks mean? That they can’t imagine that you two are a couple?

I’m not 100% sure I know why. We always find it hysterical, especially because we’re always engaged over a meal. It certainly can’t look like a business meeting. Maybe next time we’ll ask what makes us look like we’re not married?

What impact does the cultural difference between you and Rebecca have on your relationship?

The cultural difference has never mattered to me. And in the end, we’re really very similar as Americans. My parents were the original Mash-Ups. They came from two completely different worlds and cultures and spoke different languages, and what they had in common was America. I’m sure that played a big part in how I was raised — it wasn’t a completely Danish household or a totally Filipino environment, but it was always an American home. We ate food from both their countries, and there was a time in my life, before they separated, when I spoke both their languages. But the middle ground was always our lives in America.

guilt interracial kids language marriage
Posted by Amy S. Choi
Amy is co-founder and editorial director of The Mash-Up Americans. She specializes in getting people to tell stories they never expected to share. She's mom to two Korean-Colombian-Mexican-American kids, aka The Future of America. You can follow her @awesomechoi and find her in Brooklyn. 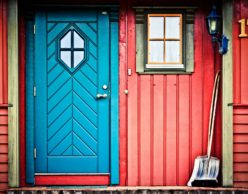 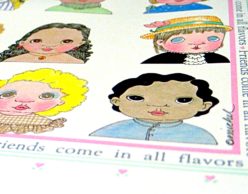 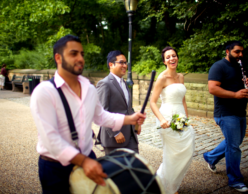