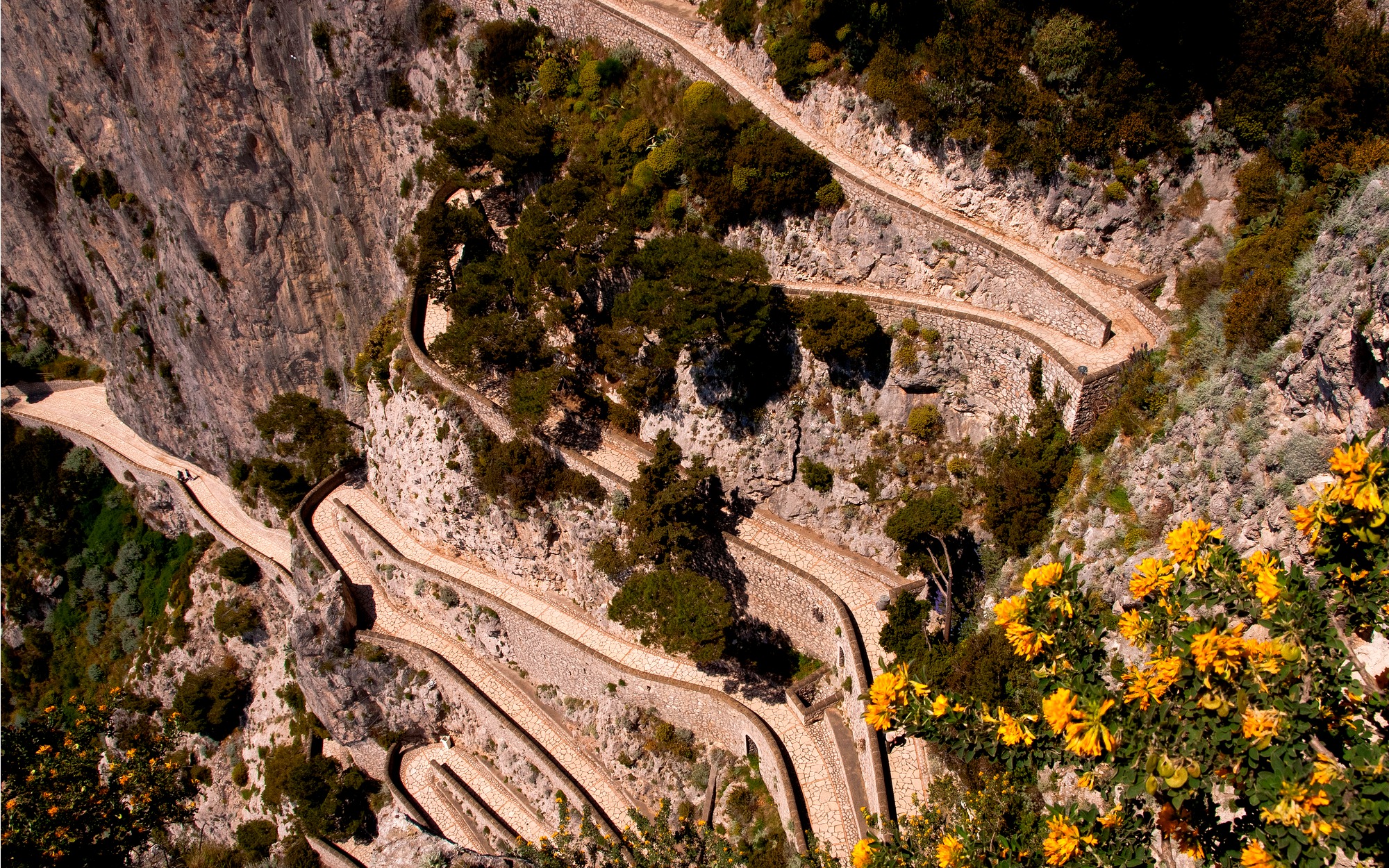 Sometimes, our grandparents are the ones who make a journey as strangers in a strange land. Sometimes, our parents. Sometimes, it’s us — but our journey is more of a return, than an explanation. This Passover, the marvelous Episcopalian-Jewish, Boston-raised, Shanghai-based Mash-Up PT Black shares his journey from church-going acolyte in New England to practicing Jew in China.

In my family, this time of year is for Easter. I was raised a High-Church Episcopalian in Boston. That’s a smells and bells Anglican — incense, chanting, pastel ties, and Brooks Brothers blazers (though The Andover Shop and J Press were preferred brands). I was an acolyte, a term we Episcopalians prefer to the grubby “altar boy,” with its connotations of impish kids and handsy creepy priests.

Being an acolyte at Easter meant carrying the good gear. My twin sisters would carry the matching candles — them being a matched set and all. My oldest sister processed in church with the crystal cross, a massive antiquity that only the most responsible of servers could be trusted with. But, by my mid teens, I earned the coolest role of all. Thurifer. The guy who puts the smell in smells-n-bells. The incense carrier. Being thurifer meant mastering not only the minutiae of the liturgy, with all the exits and entrances, the knowing when to come in and go out, and when to go to the priests for new incense, but also tinkering with serious lab tools. Bunsen burner, gunpowder-enabled charcoal briquettes, incense boats and silver polish. Easter Sunday was time to pull out the stops — think yo-yo tricks with a flaming silver yo-yo. I was the master of the 360 degree spin. It’s all in the wrists and the surprise.

Easter was the best time of year. It was the church in full disco drama.

Easter was the best time of year. It was the church in full disco drama. Streaming beams of spring sunlight, blue hyacinths, tulips. If you don’t know the song “Hail Thee Festival Day,” I strongly suggest you listen to it. Then imagine singing it surrounded by a group of prep-school trained Boston matrons in full Laura Ashley glory. And hats. But not new hats. Never new hats. New dresses, yes, but old hats.

There’s a famous story about a New York visitor who asks a proper Boston woman where she got her hat. The Boston woman cocked her head and responded, “Get hats? We don’t get hats. We have hats.”

After church, my family tradition was to go with my grandfather to Chinatown for dim sum. This was a tradition that traces back to my grandparents first date in the mid 1930s — he was a young Alabama doctor new to the Mass General Hospital and his revered older brother clued him into the hip new tastes of far away China. At the end of their first meal, my soon-to-be grandmother agreed to go on a second date on the clear demand that they never eat nasty slimy Chinese food again. On the second date he brought her back to the same place. His rationale? No point in kicking that can down the road. Either she was pro Chinese food or she wasn’t for him. (Sixty years later I started studying Chinese and have lived in China for the past 13 years.)

But my grandfather never joined for church. This always confused me a bit, because his daughter, my mother, was ordained to the Episcopal priesthood when I was in middle school. When I asked my grandfather about it, in the guileless rude way that kids are famous for, he always gave me the same answer. “Peter Thomas,” he’d say in his wavering Alabama accent, “I’ve been to more church than the most pious among them. When I was at Yale in the 1920s we had mass every day, and frankly I’ve done my time.”

My mother would sniff at this. She once told me that he was full of it. She’d done the math, and 4 years of daily attendance was under 1000 church services. She goes every day — sometimes twice — and has for decades. Her father was not a very good Episcopalian.

This point would not be a surprise to anyone who knows my family. After all, my grandfather’s name is Mandel Cohen, and he is a Jew.

My grandfather, unbeknownst to me, was in fact not an Episcopalian at all. My mother, Katharine Black, nee Cohen, was not the WASP she made out to be. Her father was a non-devout Jew and her mother was a non-devout Episcopalian. In the small-nosed, long-legged world of thoroughbred Boston ladies, my mother grew up an anomaly and always had been. The Winsor School (est. 1886) was not a great place to be multiethnic, and my grandparents weren’t interested in carrying any banners.

And so they passed nothing of Judaism on to my mother. No knowledge of her family. No culture. My grandfather spoke little about being Jewish, preferring instead to focus his stories on what it was like to be at Yale and to do his medical training at a little school in Baltimore. In his Alabama drawl, he told stories of Louis Armstrong and his boyhood friend, Chicken Charlie. He drank cold Coca-Cola and talked baseball. But he never talked about being Jewish.

And what did I know? My high school class of 450 students had three Jewish kids — all of whom were in gospel choir with me.

By the time I was ready to leave home for university, I’d started putting two and two together about my family. I made my college choice with my grandfather in mind — I was ready to get out of Boston, but also to get a little closer to New York. A little closer to dark hair and sarcasm, a little farther from boat shoes and duct-taped khakis. A little less veritas, a lot more urim v’tumim.

At Yale I slowly opened my eyes to the strange family I had been born into. I met cousins who were also undergrads. They were Jews from San Francisco. The Chabad House mitzvah van kept trying to corral me into the back — a distinctly confusing experience for a pedigreed thurifer such as myself.

In the years since, in an attempt to understand, I started doing my genealogy.

It’s amazing what a few judicious family interviews can reveal when empowered by a robust search algorithm. Stories of a quirky great-grandfather led to archives of his early 20th century novel in Hebrew. A scholar from Lithuania, he wrote Babe Ruth poems in Hebrew to show patriotism to his new country — and flex his hard-earned learnings. Another great-grandfather was educated at Lithuania’s Volozhin Yeshiva — the “Harvard of Yeshivas” — until the Russians shut it down on grounds of an unhealthy overemphasis on studying. These two grandfathers taught Hebrew at both the German (Reform) and Litvak/Russian (Conservative/Orthodox) synagogues in Mobile, Alabama. Why did they teach at both? Because they couldn’t have cared less about politics.

My grandfather’s aunt, meanwhile, homesteaded in South Dakota and ran the only kosher kitchen in the West. His brother was the chief editor of the American Jewish Committee’s magazine Commentary. His cousin, a librarian at the New York Public Library, literally wrote the book called “Israel: A Biography.”

My connection to Jewish scholars and culture sprawls across the country. But I knew none of this growing up. Nothing. Instead, I was taught to wear blue blazers, to mistrust tasseled loafers, and that the Vineyard had nothing on Nantucket.

I decided that had to change.

So why is this a Passover story?

It was Passover a few years back that I decided to dedicate myself to Judaism.

The story of Passover is about those Jews, too. The Jews who didn’t pay much attention to being Jewish. For whom being an Israelite was inconvenient, not so fashionable.

Until the call came. Maybe it was the locusts, maybe the rain of frogs. The Jews who looked into the blood rain and realized that they were being called, and their family needed them.

Because for me, Passover is a story about stories. About a people who have told their story through the generations. Who have maintained themselves not through armies and borders, but through dinners and tales.

Passover is about the resilience of those stories, and their power to shape a people. Passover’s become a very emotional time of year for me, because it’s when I think of my own story, and how it links to the chain of stories before it. About my obligation to that story, even when my parents never told it.

Now I celebrate Passover with a small of group of exiles here in Shanghai. One fled his Orthodox family to join the world of management consultants and music. His wife, Taiwanese by birth, is a devout and soft-spoken convert who makes a mean brisket. On Passover, I speak to my cousins in San Francisco, my aunts in Brooklyn.

But above all else, I marvel at this incredible story, and am humbled and grateful to play a part in it.

genealogy guilt Jewish passover
Posted by PT Black
PT is an Episcopalian-Jewish, Boston-raised, Shanghai-based creative director and strategist. He is most at home eating seafood in New England with Chinese friends or eating Chinese in Shanghai with Orthodox Jewish friends. 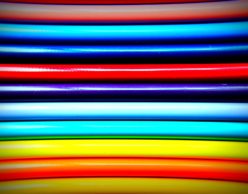 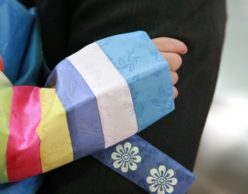 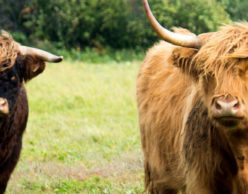