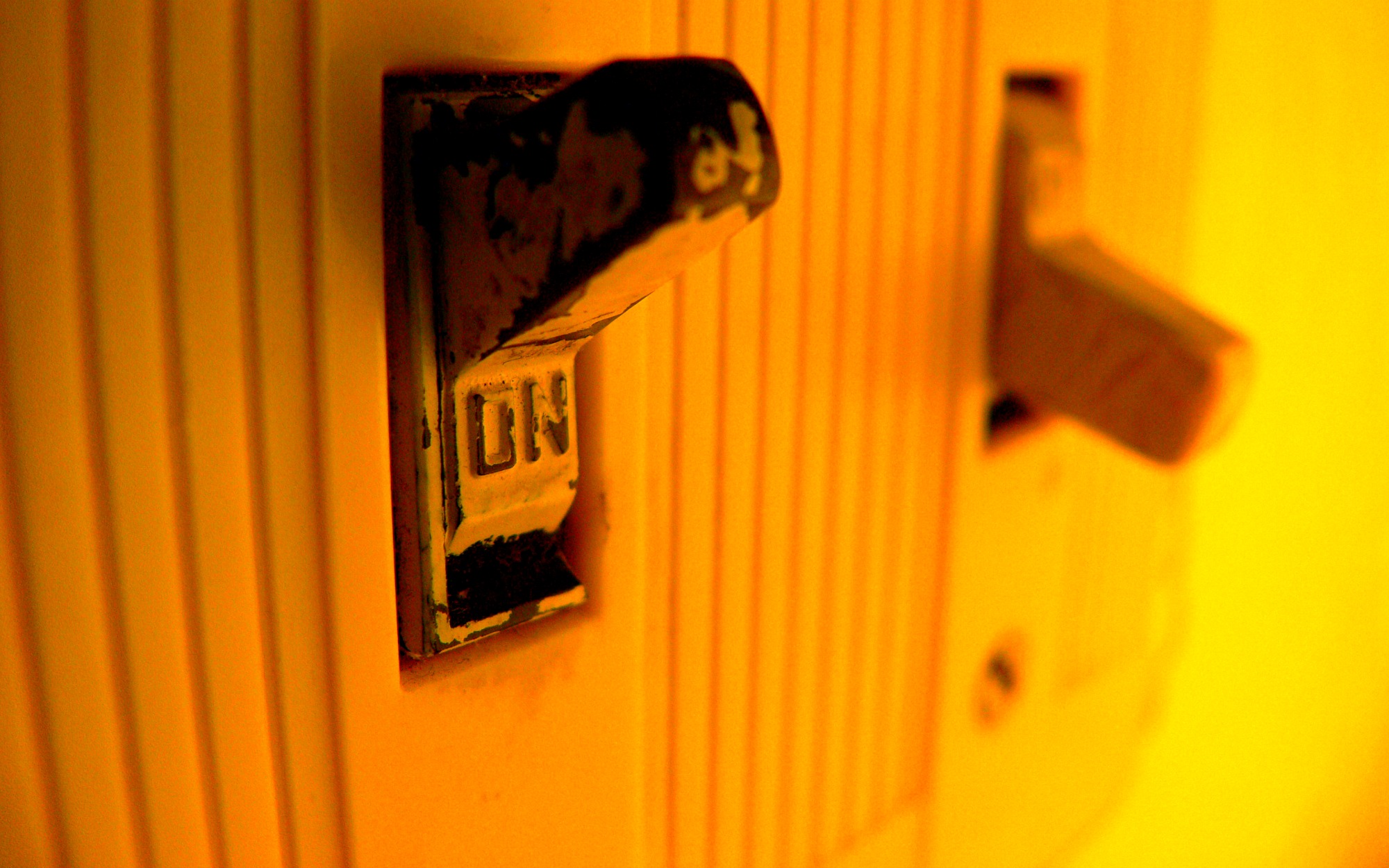 Codeswitching comes pretty naturally to Mash-Ups, especially in professional settings. We know how to turn up, or off, different aspects of our identity and personality as the situation dictates. But what happens when your culture is your job? Our Korean-American Mash-Up Suevon Lee, former editor of L.A.-based magazine KoreAm, which folded last year after 25 years publishing stories about the Korean American experience, tells us what she learned when her identity and her career collided. Hint: We’re always an expert on ourselves.

I grew up in suburban Maryland, amid a sea of other first-generation American kids. Being Korean wasn’t especially unique. It wasn’t something you explored, or discussed, or wrote personal essays about. It was something that just was. To me, it meant Saturday morning Korean school, large family gatherings with copious amounts of galbi and kimchi, and a first visit to Korea as an 11 year old during one muggy, hot summer.

I never felt a conflict between my “Korean” identity and my “American” identity, maybe because I kept them fairly separate. I looked Korean on the outside, but felt equally both on the inside. So when I had to switch “on” my Korean side around family, it felt pretty natural — it just didn’t happen often outside the context of my home. 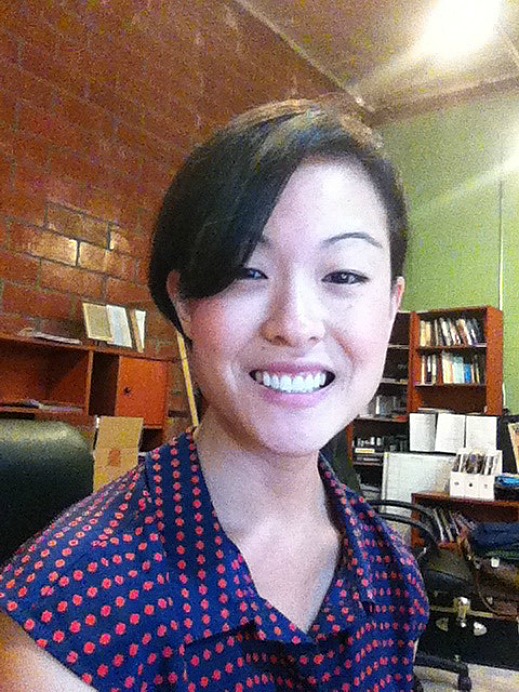 The author on her first day of work.

The two identities certainly never came together in my professional life. As a journalist, I wrote about criminal trials. Sentencing policy. Corporate litigation. I was at a safe remove. It was meaningful work but maybe not subject matter that would resonate with a wider audience — definitely not the kind of stories you bond over with friends and family.

It’s not like I longed for work that could bridge the gap between the two worlds I lived in. Heck, I didn’t even know such work existed. But in 2007, when I was 26 years old, I stumbled across that magical gem: KoreAm Journal, a West Coast-based glossy that seemed to have a pulse on all that was hip, important and newsy in Korean America. If it wasn’t cool to be Korean before Harold went to White Castle, it certainly was by the mid-2000s.

I began to freelance for the magazine, profiles about Korean Americans campaign field organizing, composing music, or shaping our hungry palates. One highlight: Writing about a total mash-up restaurant, a Korean-Uzbeki joint in Brighton Beach, Brooklyn run by a Soviet Union-raised, Russian-speaking Korean woman in her 60s. My so-so Korean wasn’t even a little bit handy; this halmunee spoke only Russian.

After I had been freelancing for the magazine for seven years, the editor of KoreAm stepped down from her job and asked if I might be interested in the gig. At the time, I was living in New York, with steady employment as a reporter. It wasn’t the most enticing beat, but it was comfortable. What did I know about leading a magazine singularly devoted to a cultural identity, even if it was my own? This wasn’t just bringing my two worlds together — it was a huge collision.

If it wasn’t cool to be Korean before Harold went to White Castle, it was by the mid-2000s.

I was hoping to shake things up and engage with more personal stories. You only get one crack at certain opportunities, I reasoned. When the job offer came, I accepted. But despite my excitement, I felt a lump form in my throat. Was I supposed to be an expert in being Korean? What if the work got too personal? Or too stifling because of its laser focus on the Korean community? Never before in my career had I held a job that was so tied to me. In corporate America, one’s race and culture aren’t supposed to matter. Yet here I was, standing on the precipice of a major life change, expected to draw from my identity to succeed. I was searching for something profound, had probably found it, and now I was nervous.

But I started seeing signs. During my road trip from New York to L.A., I stopped to eat at a Korean restaurant somewhere in Missouri I found through Yelp. Each bite of my bibimbap was delicious. On a hike in the Grand Canyon, I met several documentary filmmakers from Korea who spoke little English but whose smiles needed no translation. I saw a shooting star while driving across New Mexico.

I was right to be optimistic. In my first month on the job, I drove Randall Park from our office in Gardena, Calif., to a nearby alley so a photographer could take artsy, industrial-chic shots for a cover spread. The backseat was still littered with the road atlas and maps that took me cross country. After the issue came out, his father stopped by KoreAm’s offices to pick up several copies of the magazine. Now, THAT’s dad pride.

There were so many great stories: A woman who took an emotional, first trip to South Korea as part of a birthland group tour. The participants had all been given up for international adoption after the end of the Korean War. An Oklahoma-raised, Orange County-based wedding photographer who embarked on a search for his birth family and discovered he was the youngest of seven in his biological family in Korea. He met his siblings for the first time when they traveled to the U.S. A Kazakh, quarter-Korean prize-winning boxer known as “Triple G,” who is the fascination of the professional boxing world because of his undefeated record and belief among many to be the best boxer in the world.

I had been concerned, as an editor, about how you define what it means to be Korean American. But the answer is that you don’t. The individuals define themselves. These extraordinary narratives are every bit as revealing to the Korean American experience as the ordinary journey of a Korean-American girl who grew up in suburban Maryland. In a world obsessed with authenticity and allegiances, it was revelatory to discover that our myriad, wildly varying experiences make us neither less, nor more, Korean. We simply are.

As for me, my exploration of my own Korean-Americanness continues. After KoreAm folded late last year, I took my first trip to Korea in five years. I watched wisps of smoke waft from incense sticks as my Buddhist great-uncle led a jesa ceremony — ancestral rites — on New Year’s Day. I gawked at the amped-up Seoul version of a “food court” at an upscale Korean shopping mall (it ain’t just kimbap and curly fries, folks.) I sampled Mexican tacos and played darts with my cousins at a trendy bar in Itaewon.

As I stumbled through conversations in my halting Korean, I felt like I was both a visitor and a member of this fascinating country. But it was uncannily comfortable. I was armed with fresh perspective and confidence in navigating the cultural divide. I recognize what makes me proud to be Korean — our history, our diversity, our tenacity. Most of all, I no longer feel the need to segment my cultural identity from my other identities: journalist, friend, sister, aunt, American. And for that, I’ll always be grateful.

We are grateful for all of you, and for your incredible stories. Here’s a few of our faves: An Outsider on the Inside (Sometimes) Going Natural Saying Grace: Staying True to Who You Both Are

We’ll be your second home. Sign up for our newsletter!

Suevon is a D.C.-area raised Korean American living in Los Angeles. A freelance journalist and fill-in editor at The Mash-up Americans, she is a fan of outdoor spaces, hikes and food tours. You can find her @suevlee.