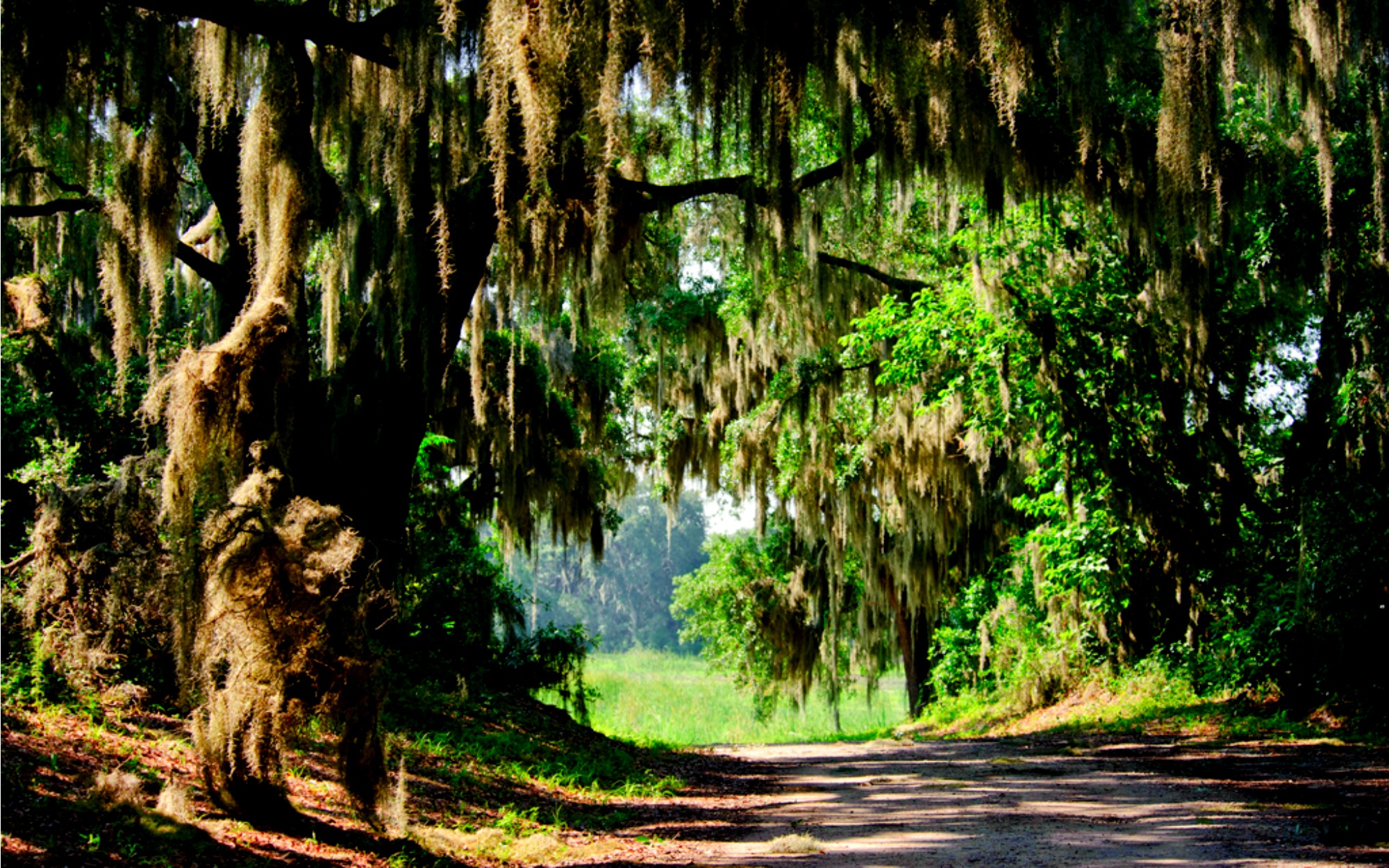 A jasmine among Spanish moss.

Oh, food. Smelly, delicious, “ethnic” food. As fully grown Mash-Ups, we are nothing but grateful for our early exposure to the flavors and scents of our culture. People may think probiotic-rich kimchi pancakes and pupusas laden with pickled cabbage were born in hipster pop-up shops in Red Hook, but we know better. As Mash-Up kids, though, sometimes all we wanted was a bologna sandwich in a brown paper bag (still jealous of those kids whose parents actually did buy them Lunchables). Our Filipino-American Mash-Up Alexis Diao shares with us her journey from dreading school lunch to reconciling — and savoring — her Filipino and American Southern roots.

Oh, and her recipe for Garlicky Shrimp & Grits is here. If you’ve never cooked with shrimp paste, this is your lucky day.

When my parents immigrated to the U.S. from the Philippines in the early ’80s, they settled into an off-campus housing complex for graduate students at Florida State University, where my dad was studying for two masters and a doctorate. This housing complex was the landing pad for virtually every Asian family in Tallahassee, which at the time was not exactly a hotbed for cultural diversity. Though many things have changed, Tallahassee is still mainly known for two things: football and politics.

Except in our little corner of the world. My family was and is deeply entrenched in the small, tight-knit Filipino community in Tallahassee. My father is like the Asian Man About Town. He leads a number of Asian community groups, and is the driving force behind a festival there that attracts 20,000 people each year. I have at least a hundred Titas and Titos that I grew up with. We would gather on every possible occasion — Christmas, Easter, Thanksgiving, endless birthday parties, home blessings and weddings.

I was born in Florida while my dad was still studying and grew up in my early years off campus. I was the first in my whole family to be “natural,” as they said, the first real, homegrown American born on U.S. soil. Like an heirloom varietal hatched in the heart of the Florida panhandle.

Except that I wasn’t.

Or, at least it didn’t feel that way. As a Filipino growing up in the American South, I felt like a hybrid breed — covertly codeswitching between two distinct cultures. My upbringing was a balancing act between two contrasting worlds: that of my immigrant household and the hospitable (it was the South, after all) but painfully racist environment outside. It didn’t help that I was the only Filipino in my school that I knew, unless you count my sister who was two grades above me. My high school was about 60 percent white, 30 percent black and 10 percent of us were in between. So for every 10 people, one person would be Asian, Latino or mixed.

Let me tell you, nobody wants to trade for pork and raisin empanadas.

The racial divide was real, at least as a student. In the cafeteria Black kids would sit on the lower level, whites on the upper level, with  the remaining ten percent fitting in wherever they could. Nobody made people separate. That’s just how it was. Now don’t get me wrong, I love the South. I would lay in a bed of Spanish moss every night if it weren’t for chiggers. I love the smell of dew every morning from the humidity, the curious and hospitable nature of southerners — how you will always be offered sweet tea when you’re visiting someone, and you can say anything terrible about anyone as long as you follow up with a “God bless their soul.” I love the food.

And I love being Filipino. I am both Southern and Filipino. But marrying the two cultures was a challenge growing up, especially when it came to food.

Suffice to say, lunchtime was painful — a scene lifted straight out of Fresh Off the Boat. Let me tell you, nobody wants to trade for pork and raisin empanadas. Nobody. And asking teachers to microwave your fragrant meat empanadas doesn’t go over so well either. I longed for my classmates’ lunches: pizza, PB&Js, anything that was pre-packaged and processed. I remember during a 4th grade field trip to the woods, we had to pack our own lunch. I fussed at my poor mother for something “American.” She wasn’t prepared for this, bless her soul, and packed me a double-decker PBJ using swirly raisin bread. I tried so hard to eat that sandwich discreetly — unwrapping as little foil as possible so no one would notice. I must have looked like I was chomping on a a big hunk of foil. One kid did notice — the loudmouth in the class who exclaimed “UGH!” as loud as he could (it felt louder), and laughter shortly followed. Assimilation epic fail.

It wasn’t American food that I wanted, necessarily, but to be “normal.”

It wasn’t American food that I wanted, necessarily, but to be “normal.” I wanted to be white. I wanted to be Black. I wanted to be anything but “other.” Eventually, my parents agreed to buying cafeteria lunches for me because it was easier for them and less embarrassing for me. I have vivid memories of arguing with my economist father in the aisles of the grocery store – quantity vs. quality purchases and defending the cost benefit analysis of orange juice over Tang (Filipinos love Tang). Lunchables were too expensive, but $.50 salad bar was acceptable.

My parents, after all came all the way to America to be successful, and they above all wanted their children to be successful, and that included being successful socially. They knew that required a certain amount of assimilation, and they encouraged it. At home we gathered around the table over rice and menudo, but they didn’t hold it against me if I asked for chicken tenders every now and then. Certain rules, however, were non-negotiable. These included good grades, no boyfriends until marriage, and no drugs. Fair enough.

Now that I’m an adult, with a family of my own and my own biracial Mash-Up daughter to raise, I am constantly searching for ways to marry my two cultures. She’s only three, but I will definitely push good grades, no hard drugs, and accept only with some discomfort a sweetheart before marriage. She asks for rice and eggs for breakfast every morning, lunch, and dinner. She also eats Filipino garlic chips like potato chips, and goes crazy for pickled okra.

And, despite my personal school cafeteria travails, I’m happy to report that the kitchen is an ideal way to prioritize both my Filipino and Southern heritage and share them with my daughter. Both cuisines share a love for sturdy meats, creatively integrating sweet root starches into everything, and especially, an unflappable love of pork. In my kitchen cabinets, you will find the soy sauce next to the molasses and the grits next to the giant tub of jasmine rice. I’ve since moved away from Tallahassee and from the small, tight-knit Filipino community I grew up in. But it’s a comfort after all of these years to find a place the two can comfortably live together.

Check out her recipe for Garlicky Shrimp and Grits, Alexis-style!

family filipino food immigrants southern
Posted by Alexis Diao
Alexis is a first-generation Filipino-American, born and raised in the Deep South. She currently produces and edits audio goodness for NPR and Slate. She is an urban gardener, beekeeper, and proud mama to a biracial Mash-Up. She can be found @meowdiao or in D.C. 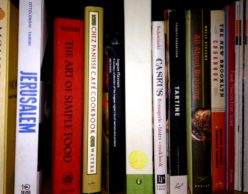 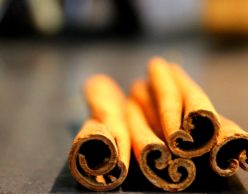 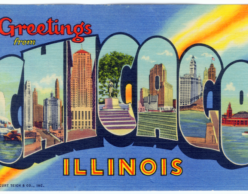 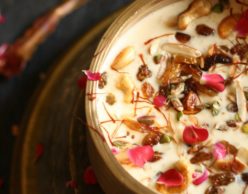